They were masters of the financial universe, flying in private jets and raking in billions. They thought they were too big to fail. Yet they would bring the world to its knees.

Andrew Ross Sorkin, the news-breaking New York Times journalist, delivers the first true in-the-room account of the most powerful men and women at the eye of the financial storm - from reviled Lehman Brothers CEO Dick 'the gorilla' Fuld, to banking whiz Jamie Dimon, from bullish Treasury Secretary Hank Paulson to AIG's Joseph Cassano, dubbed 'The Man Who Crashed the World'.

Through unprecedented access to the key players, Sorkin meticulously re-creates frantic phone calls, foul-mouthed rows and white-knuckle panic, as Wall Street fought to save itself. 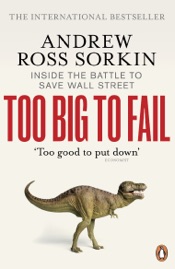